Holy sea snakes are said to slither around the rocks at the Temple of the God of the Sea. It is believed that the venomous reptiles were formed from the scarves of its founder to guard this sacred place. One of the most important and majestic temples in Bali, Tanah Lot was built on coral rock sea caves facing the Indian Ocean. According to Balinese mythology, it is the work of the revered 15th-century Hindu priest Dang Hyang Nirarta to honor the Sea God, Baruna. 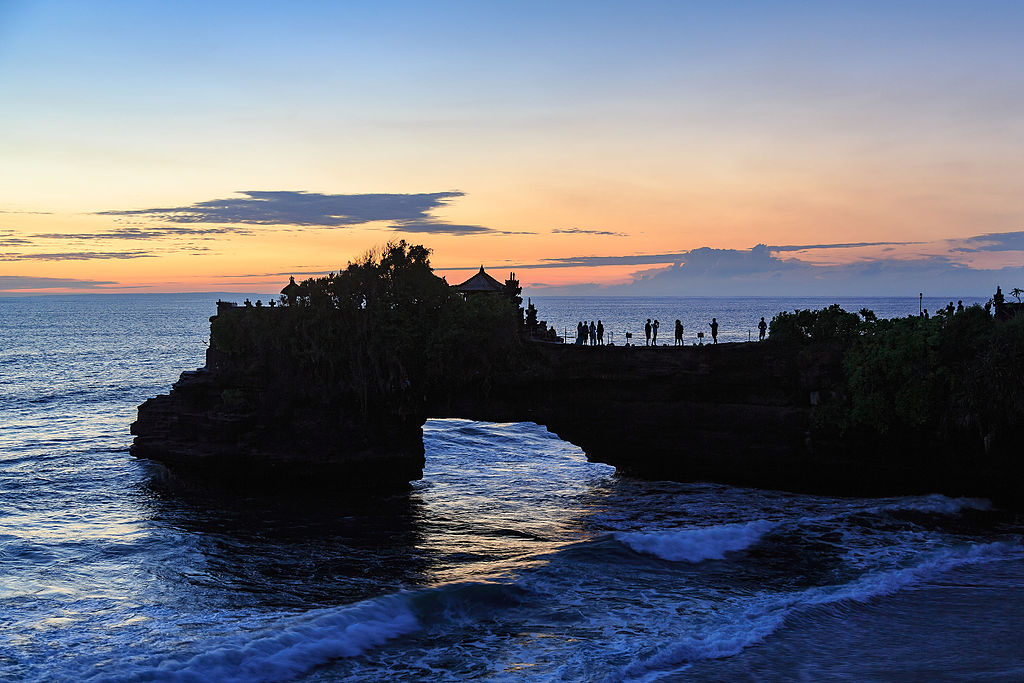 The Balinese words tanah lot translate to “the land amid the sea,” as at high tide the temple appears to be perched atop an island. Visit at low tide and you will realize it’s not an island at all. One of the most popular and most photographed temples on the island, it draws crowds at sunset for its postcard-perfect beauty. Daytime presents a different and quieter perspective: At low tide you can walk right up to the temple and a priest will bless you with holy water.  Remarkably, the water comes from a freshwater spring at the temple, even though it is surrounded by salt water. 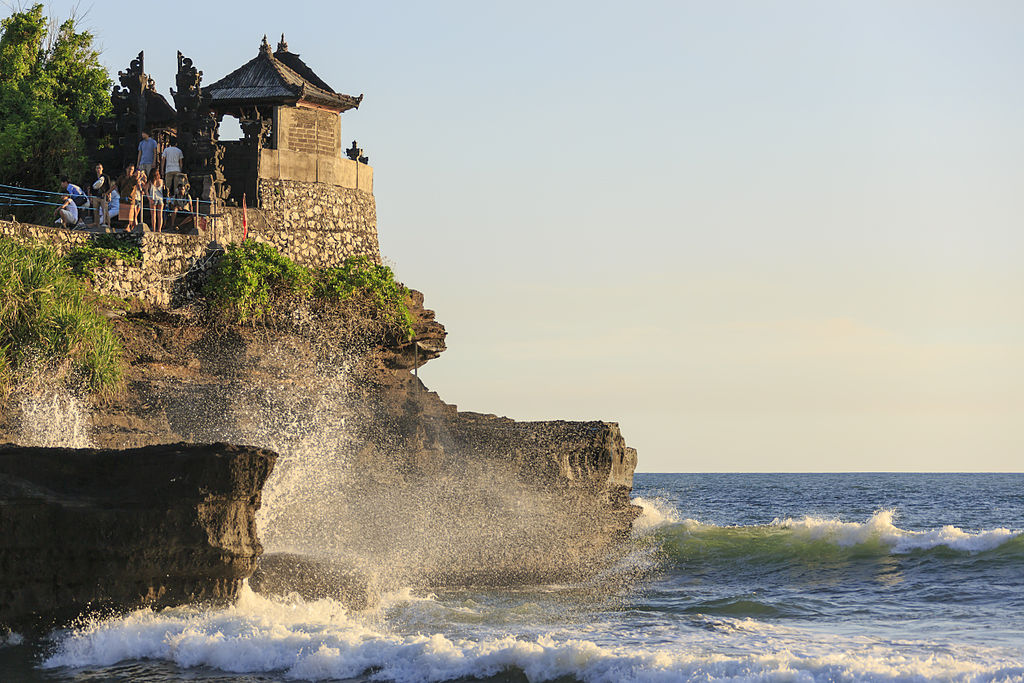 Over centuries, the rocks eroded and by 1980 the crumbling foundation left the temple at risk. In order to preserve this historic and spiritual center, the government shored it up with artificial rock, the restoration funded by Japan. Today two-thirds of the rock, while appearing totally natural, is not.

Capture stunning views from the lower rocks or from high on the cliff. As the sun shifts, it casts hauntingly beautiful shadows on the coral and the constant crashing of waves below. At dusk, thousands of bats fill the sky as they fly out of their caves in a nightly ritual.

In the evening, dine at one of the clifftop restaurants on the mainland, all with amazing views. Before you leave, stop at the stalls lining the pathway for Balinese souvenirs, art, and curious of all kinds.